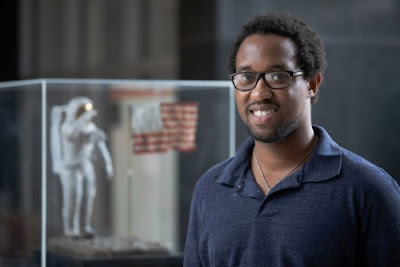 As the NASA crew on the International Space Station become increasingly better at their jobs, a recent Bloomsburg University instructional technology graduate can take pride in knowing he played a role in that.

Patrick Berridge ’17, who recently earned a master’s degree in instructional technology, spent the past academic year as an intern with the NASA Johnson Space Center in Houston, Texas, working in the Flight Operations Directorate with the Distance Learning Lab. There he helped create eLearning lessons for the International Space Station and crew.

“Honestly, it’s been incredible experience,” says Berridge, who graduated from BU two years ago with a business administration management degree. “My favorite moments come from touring the facility and getting an up-close look at things like the Space Vehicle Mockup Facility and Mission Control. I’m grateful to have met a ton of brilliant people who aspire to advance our knowledge of space.”

According to Berridge, one major lesson he’s taken away from this experience is the value of being opening minded and asking for help.

“Being at NASA I felt the pressure to prove myself, but I quickly realized I didn’t need to know it all,” Berridge says. “I simply had to be willing to ask the people who did have the answers.”
Bloomsburg to Houston to Mars was a journey Berridge thought about for quite some time.

“My heart has always held a deep fascination for space, plus all signs indicate that humans will reach Mars in my lifetime,” Berridge says. “To play even a minor role in that pursuit is extremely attractive. This opportunity aligns with my career aspirations, because I use the skills I learned in class to contribute to something that matters to me.”

In just nine months, Berridge says he has seen a dramatic change in himself. “I learn something new every single day here,” Berridge says. “It’s refreshing to be in place where everyone is highly curious and ambitious. We’re encouraged to ‘reach for the stars’ (pun intended) and constantly push our abilities.”

According to Berridge, every challenge is a new opportunity to learn. “My skills benefitted from having to figure out clever work arounds for specific projects or learning entirely new software on my own,” Berridge says. “The Instructional Technology program did an excellent job preparing me on a technical level.

My mentors at NASA were genuinely impressed I knew how use eLearning software, such as Articulate Storyline and Adobe Captivate.” He adds, “I’m also really grateful the IT professors taught us solid instructional design concepts. Remembering those principles came in handy once I began working on projects independently.”
~from https://bloomsburgu.tumblr.com 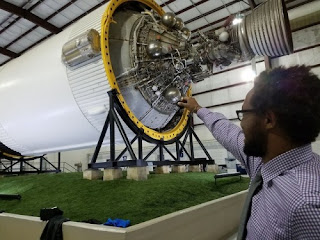 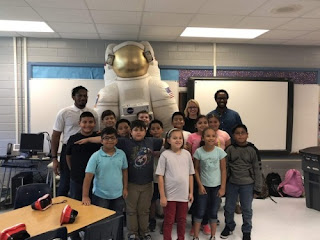 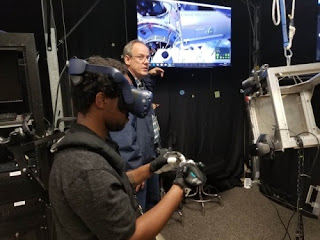 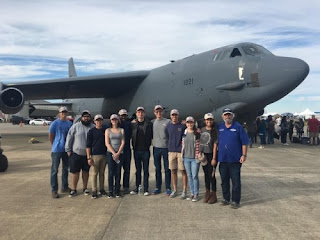 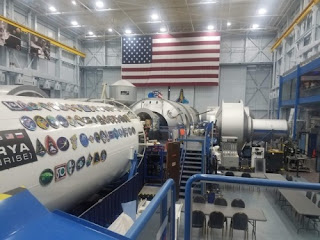 Posted by Bloomsburg University COST at 6:43 AM