Today we traveled to the Arctic Circle Center and Nordland National Park Center. The snow on the mountains was so white that it was almost hard to distinguish mountain from cloud. We had the chance to hike around the area, occasionally falling knee deep into the snow until we found an easier path close to the train tracks. Feet of snow were still on the ground despite it being June. All the snow will melt by September before accumulating again in the winter. Markers were placed across the area at the latitude of the Arctic Circle. As we drove to the National Park Center we spotted a few reindeer and managed to snap some pictures. Reindeer is a common food here. It's usually made into a stew or hotdog. Spending the day outside and seeing some wildlife was the perfect break from our busy travel schedule. ~Tricia law 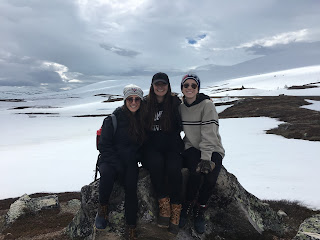 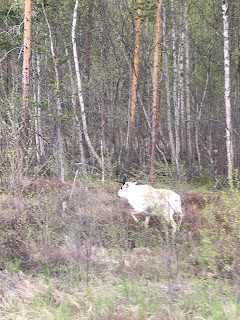