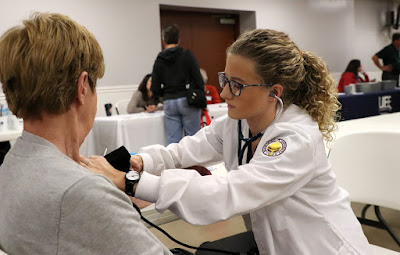 It was a long time coming for these Bloomsburg University nursing majors. “I found this event to be extremely helpful as a learning experience and for my future career,” said Lillian Betteridge, a nursing major. “It was the first off-campus interpersonal opportunity we as sophomores ever had.”

Betteridge was among a group of fellow nursing students representing BU’s Center for Healthy Aging at the recent Apple Harvest Festival in Espy, where they conducted over 200 blood pressure screenings. It was their first true nursing experience outside of the classroom. “Going off campus and actually helping and participating in a community event was very exciting,” Betteridge said. “I think events like this are important for BU students to get involved in, because they are beneficial for not only us as but for people in the community we can help.” In addition to the real-world experience, the nursing students said an added bonus was getting the chance to help the community. “The community is one of BU’s biggest supporters!” said Breanna Weaver, a nursing major. “Many people in the community have a lack of access to healthcare needs or many have healthcare disparities. Students can help these individuals, while they also help us by allowing us to have more interpersonal interactions.”

Nursing is all about the relationship you create with patients, students say. They agreed the nursing field is always changing and evolving. Giving back is something that drives them to stick with this career path. “The real deciding factor for me choosing nursing was when my grandfather was sick with cancer,” Betteridge said. “Seeing and hearing about the relationship he had with his nurses and how well they cared for him, really made me want to take this career path so that I could impact people’s lives the way they did his.” 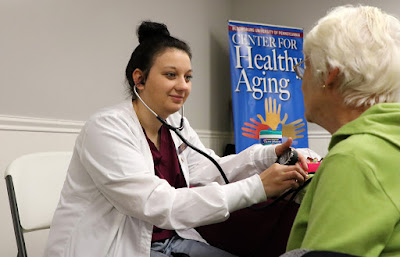 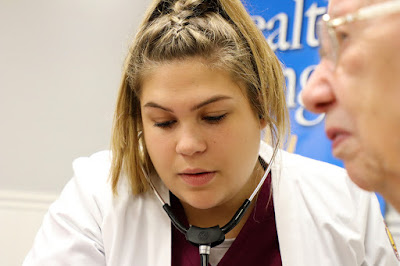 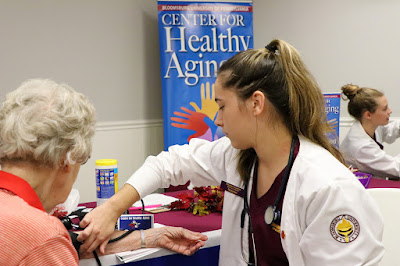 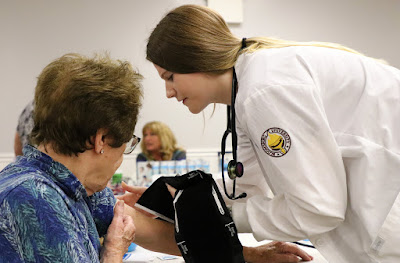 Posted by Bloomsburg University COST at 7:22 AM