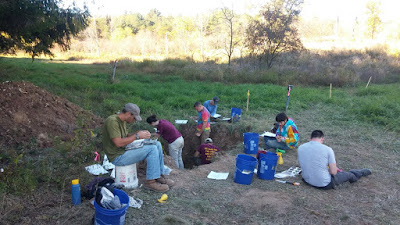 Bloomsburg University’s EGGS soil judging team recently competed and won the regional competition hosted by Penn State. Advised by EGGs faculty member Matthew Ricker, the team secured a spot in the national contest coming this spring. In their second year of competition, the team beat eight other teams, including the previous champions from the University of Maryland.

Bloomsburg, along with the University of Maryland, University of Rhode Island and Delaware Valley College, will represent the Northeast region at the national contest in the spring. The competition, including 23 teams from across the country, will be April 23 to the 28 at Northern Illinois University in DeKlab, Ill.