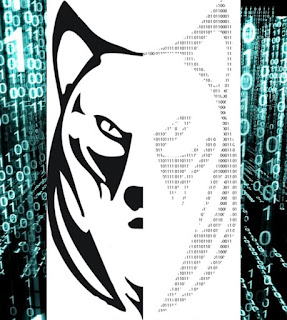 The term “hacker” is one of the most oft used words on today’s social, cultural, and political scenes these days; yet it is also one of the most misunderstood. When many of us think about a computer systems hacker, we automatically see in our mind’s eye a person sitting alone in a room filled with all manner of insidious looking electronic equipment, performing acts of cyber crime. These days, given the global climate in which we currently live, the mere idea of a computer hacker is enough to send shivers up and down our collective spines.

However, one thing that digital forensics faculty and students would like us to know is that, while there may be villainous hackers out there (often referred to as “Black Hat” hackers), there are also ethical men and women engaged in the cyber security and digital forensics professions who attempt to stay one jump ahead of the troublemakers. These folks are commonly known as “White Hat” hackers. Here at Bloomsburg University, our Digital Forensics program maintains an excellent reputation nationwide and continues to produce White Hat hackers whose level of expertise is impressive. BU has also earned national recognition as an NSA Center of Academic Excellence – one of six such centers across the country.

BLOOMCON is one such example of academic excellence in digital forensics. It is the result of the fruitful collaborative efforts between BU’s digital forensics students and faculty members. Originally the brainchild of Dr. Philip Polstra, Associate Professor in the Mathematical and Digital Sciences Department, one of the goals of this two-day conference has been to offer an opportunity for participants to learn more about multiple areas of both digital forensics and cyber security through a series of lectures, workshops, and competitions.

The first BLOOMCON conference took place last year and attracted over 300 participants. This year’s BLOOMCON boasted almost 500 attendees from Pennsylvania, Chicago, the District of Columbia, New York, and New England. Also participating were 36 speakers, including BU digital forensics professors John Riley, Diane Barrett, and Scott Inch. Day 1 included a wide variety of offerings, including half-hour talks, one-hour talks, and two-hour workshops. There were also three different interactive competitions which included a forensics oriented “capture the flag” competition, an open source intelligence competition, and a wireless hacking competition. The second day featured “Hak 4 Kidz,” a STEM program which offers kids ages 7 – 17 opportunities to learn about information security by visiting eight activity centers throughout the day. Forty young participants and their parents were able to learn about such topics as robotics, green screens, lock picking, and snap circuits. Both days featured a “Hardware Hacking Village,” which was an interactive center where participants could learn more about a variety of electronics, small computers, and microcontrollers.

By all accounts, this year’s BLOOMCON was a resounding success, thanks to the combined efforts of BU digital forensics faculty members and students, as well as all of the speakers, workshop leaders, and sponsors. A final thank you is in order to all of the conference attendees, particularly those white hat hackers of the future who will keep us safe and secure as cyber technology continues to impact our personal and professional lives.
Posted by Bloomsburg University COST at 7:05 PM