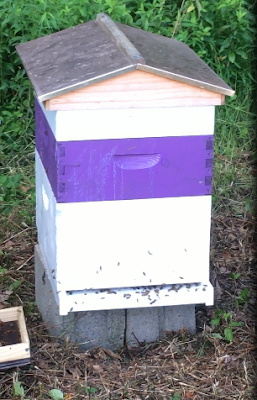 This summer, a bee hive installed on land adjacent to Bloomsburg University's upper campus. The bee hive, funded through a Bloomsburg University mini-grant to Drs. Surmacz and Hranitz, will support undergraduate and graduate research. Honey bees pollinate many common crops and contribute an estimated $15 billion to the U.S. economy annually. Global declines in honeybee populations have been observed, with average losses of 30% of the hives each year. Many of these losses have been attributed to Colony Collapse Disorder (CCD). In CCD, the majority of the adult bees disappear from the colony, leaving behind the brood and plenty of food. While no single cause has been linked to CCD, leading suspects are nutritional stress, pathogens, and pesticides. 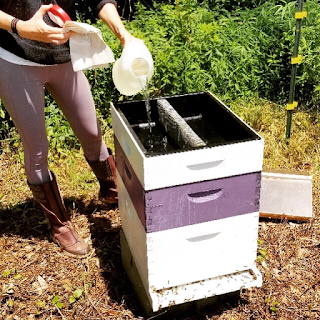 Posted by Bloomsburg University COST at 6:37 AM

Email ThisBlogThis!Share to TwitterShare to FacebookShare to Pinterest
Labels: Biology