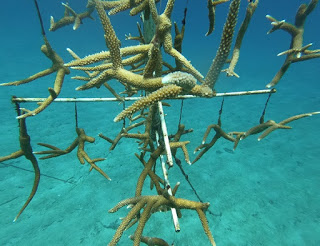 She examined sea urchin abundance using the roving diver method, which is swimming at specific depths , typically 10, 15, and 20 meters for a specific time. Caitlyn determined the depth, temperature,and abundance of sea urchins, along with the coexisting species. Her preliminary data showed that the most abundant sea urchin was Echinometra viridis (Reef Urchin), typically found living in the crevices of Agaricia tenuifolian (Thin Leaf Lettuce Coral).

In addition to her own research, Cailtyn assisted with a coral restoration project that is underway at the Roatan Marine Institute. The project involves connecting fragments of Acropora cervicornis (Staghorn Coral) and Acropora palmata (Elkhorn Coral) to a tree. This allows the coral to grow without the threat of predation and disturbance. Once the coral fragments reach a certain size, they are replanted onto the reef. This conservation effort is aimed at restoring coral reefs. Both of these coral species are very important to the foundation of coral reefs and are critically endangered species.
~from http://bloomsburgbiosynthesis.blogspot.com/ 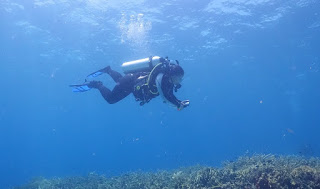 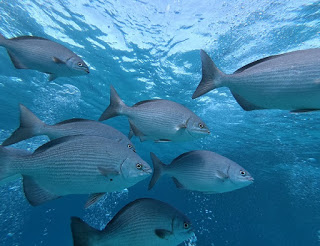 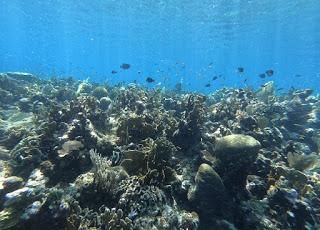 Posted by Bloomsburg University COST at 7:42 AM